After Disney, Will CEOs Think Twice about Pride Month? 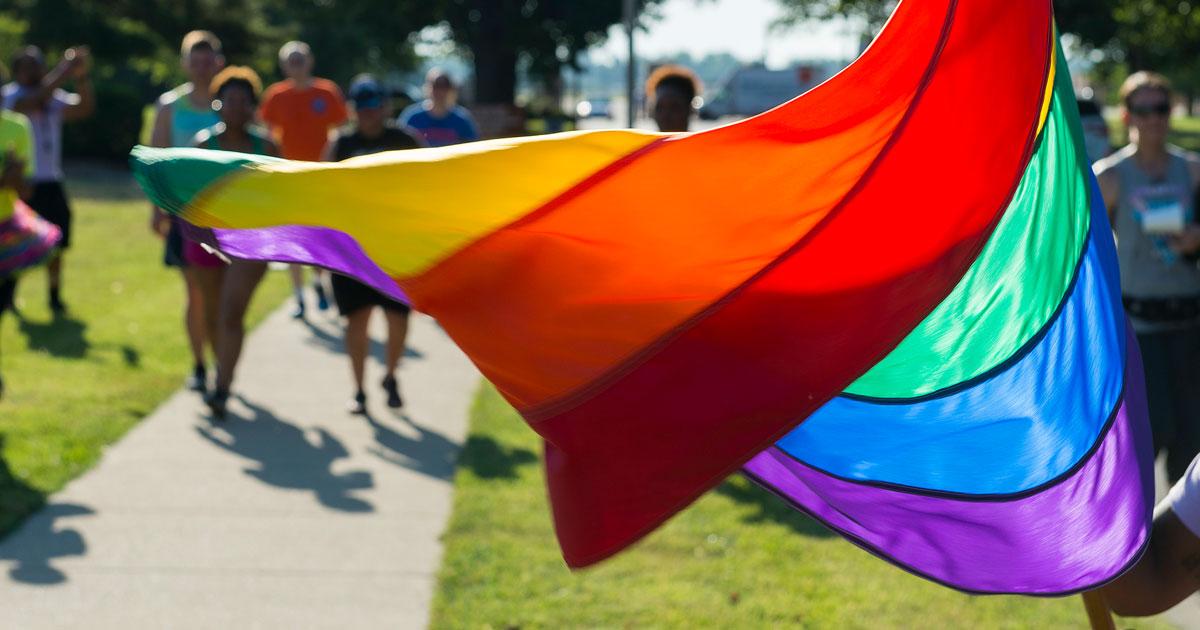 It might seem like every other June 1, but inside corporate board rooms, this Pride Month feels different. Companies aren’t coasting into this rainbow bonanza like past years — empowered and carefree. They’re looking in the rearview mirror at a 2022 that’s been anything but kind to their CEOs’ woke causes. After the uprising against Disney, State Farm, Starbucks, and Target, the question on most businesses’ minds has to be: Will Pride come before the profits fall?

For most Americans, even the sympathetic ones, June comes with its share of irritation. You can’t log on to social media, shop for groceries, turn on the TV, or even buy a Crunchwrap Supreme without being hit over the head with LGBT propaganda. At the San Antonio Zoo, there’s a Night Out at the Zoo celebrating the LGBTQIA+ community. At Taco Bell, there’s a drag brunch. At the Detroit Tigers, there’s free transgender surgery for kids if you support the right organizations at checkout.

The rainbow burnout is so real that billionaire Elon Musk took to Twitter the day before, posting a tornado of company logos awash in colors with the caption, “June is almost here.” And while the far-Left went ballistic, demanding the richest man on earth be booted from the platform, the reality is, Pride mania has reached such absurd heights that most people are already counting the days to July. When Oreo cookies are double-stuffing their advocacy with short films, and public schools are paying men in dresses for makeup tutorials, an already triggered consumer base is primed to respond.

Just this past month, a new poll by the Convention of States Action and Trafalgar Group found that Americans have had it with companies wearing their agendas on their sleeves. People were asked, “How likely are you to stop using a product or service of a company that openly advocates for a political agenda you disagree with?” A landslide majority — 87% — said they were at least “somewhat likely” to stop using the product or service of the company in question. That’s about as close to consensus as it gets. Fifty-one percent took it a step farther, saying it was “very likely” they would look elsewhere. And the political fatigue cuts across party lines.

There’s a been major miscalculation on the part of today’s CEOs that everyday Democrats are on board with all of their activism. On the contrary, most Americans just want their favorite brands to stay neutral. And yet even now, a shocking number of companies haven’t gotten the message. They continue to turn themselves inside out to accommodate a handful of vocal employees — without realizing that the people they’re alienating are, as Fox News’s Greg Gutfeld put it, “Americans who buy things.”

Maybe that’s why we’ve witnessed a slow but intentional shift away from in-your-face activism these last few months. Exxon, seeing the handwriting on Disney’s wall, actually changed its company guidelines before June, flat-out banning “external position flags” like LGBT Pride and Black Lives Matter. If workers want to fly the rainbow colors, they’ll need to do it without involving the Exxon logo, headquarters says.

The president, unfortunately, will more than make up for the void — releasing his annual proclamation on Lesbian, Gay, Bisexual, Transgender, Queer, and Intersex Pride a full day early (in case people didn’t already sense his eagerness). In it, he reiterates his promise to have the “back” of “younger transgender Americans,” insisting that his only goal is to help them reach their “God-given potential.” As usual, Biden says it without irony — ignoring the fact that actually reaching their God-given potential would mean accepting the sex they’re born with.

There will be flags above our embassies and flood lights on the White House — but unlike 2021, when Americans might still have been under the delusion that this administration was as moderate as advertised, the country is no longer fooled. They see Biden’s crusade to “queer” the military, his support for taxpayer-funded child abuse, his disregard for women’s rights. And they’re disgusted. As Mary Margaret Olohan said on “Washington Watch with Tony Perkins,” “This is not a message that [is resonating] with Americans.” And yet, Democrats like Biden — taken hostage by their woke fringe — refuse to back away from an agenda voters are soundly rejecting.

While corporate America is finally leaning into some self-reflection, the Left would be wise to follow. Until then, how should Christians, who are tired of celebrating sex and transgenderism like a 30-day party that rivals Christmas, respond?

Family Research Council’s Joseph Backholm has some ideas. In his new column, “What Christians Should Remember about Pride Month,” he encourages people to think biblically about June. He reminds us that pride is not new; Christians aren’t called to conform; obedience matters — and so does prayer. At the end of the day, we can love God’s way, or we can love the world’s way, but we can’t do both. If that makes you feel different, Backholm says, good. You are different. “This is not our home.” And the sooner the church realizes that, the sooner we can meet this moment head-on — without hesitation, and just as importantly, without compromise.

Suzanne Bowdey serves as editorial director and senior writer for The Washington Stand. In her role, she drafts commentary on topics such as life, consumer activism, media and entertainment, sexuality, education, religious freedom, and other issues that affect the institutions of marriage and family. Over the past 20 years at FRC, her op-eds have been featured in publications ranging from the Washington Times to the Christian Post. Suzanne is a graduate of Taylor University in Upland, Ind., with majors in both English Writing and Political Science.