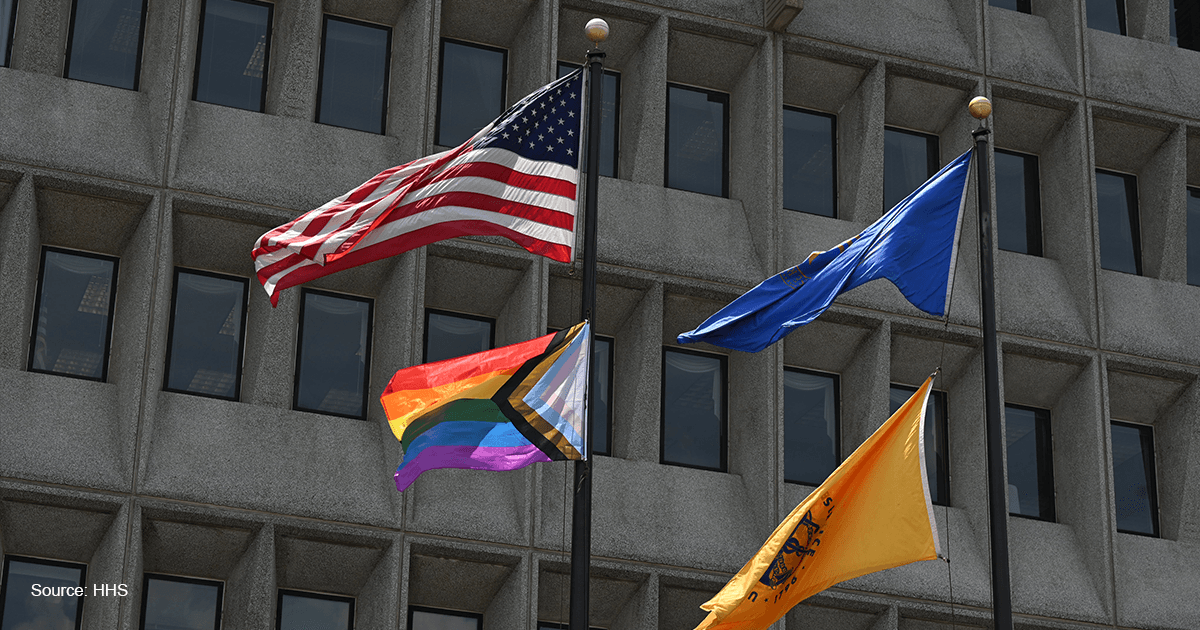 If you’re wondering where America’s heroes rank on Joe Biden’s list of priorities, try below the rainbow flag. While federal agencies have been tripping over themselves to pledge allegiance to LGBT activism, two couldn’t be bothered to recognize the fallen troops who make our freedom possible. Despite a government-wide tweet-fest over Pride Month, the Departments of Justice and Treasury managed to ignore Memorial Day altogether.

Thanks to social media, Americans are getting a good look at the main obsession of this administration, which has devoted more than 30 posts to LGBT extremism from their official accounts — but couldn’t spare half that attention to the men and women who gave all. Treasury Secretary Janet Yellen, who was probably too busy promoting abortion as the solution to our tanking economy, failed to mark either occasion. U.S. Attorney General Merrick Garland’s team, on the other hand, showed complete disregard for our military by celebrating pride but overlooking Americans’ ultimate sacrifice.

Family Research Council’s executive vice president, Lt. General (Ret.) Jerry Boykin could only shake his head at the administration’s tunnel vision. “It’s astounding that any government agency would refuse to acknowledge and honor the military men and women who died fighting for this country. We see this administration setting aside an entire month to recognize and celebrate with the LGBT community, while at the same time, we have a large number of homeless veterans and others with severe disabilities and PTSD. When are we going to set aside a designated period of time to help them?”

Elsewhere, the taxpayer-funded revelry goes on. And not just through June. With gas prices soaring, U.S. Energy officials want Americans to know they’re hard at work pumping out — diversity. “Pride. This month. Next month. Always,” the office posted to social media. An angry stream of responses followed. “So comforting to know that you’ve invested your time and effort into this nonsense when the Secretary of Energy doesn’t even know how much oil the U.S. consumes daily and Americans are paying the highest prices ever for fuel,” one frustrated American fired back. “Now if only we could celebrate any of you doing your job well,” another said.

At Health and Human Services, where Secretary Xavier Becerra is on a personal crusade to fund children’s transition surgeries with taxpayer dollars, the agency released a novella on pride — devoting 1,600 words to the cause and offering 15 separate statements from HHS leaders (including Rachel Levine). Not to be outdone, Education officials decided to change their government seal to the “progress pride” flag, paying special homage to transgenderism — while the Marines, Air Force, and Space Force hyped everything from rainbow bullets to astronauts “queering” the moon.

Meanwhile, at Agriculture, the occasion eclipsed even National Dairy Month, as banners, logos, and around-the-clock tweets spewed politically correct sexualism. And while the USDA did put up a good fight with its rainbow-colored produce backdrop, the award for LGBT pandering has to go to the U.S. State Department, which — apart from posting more pride tweets than anyone in government over a 24-hour span — also managed to enrage the world’s religious community with its stunt at the Holy See. The jarring site of the U.S. embassy, just steps from the Vatican, waving the LGBT flag felt like just the latest middle finger from Biden to people of faith.

Like so many, Family Research Council’s Connor Semelsberger, director of Federal Affairs, is horrified by the display and its undercurrent of hostility to religion as a whole. “The Catholic Church’s teachings on the beauty of natural marriage and human sexuality have been known for millennium. This move by the U.S. embassy to fly a ‘pride flag’ at the Holy See reveals that the radical LGBT agenda is a pseudo religion that seeks to replace the moral and social teachings of the tradition of the Catholic faith and enforce its rule on all major institutions around the world.”

After its Twitter post showcasing the story-high flag, the U.S. was blasted for its hypocrisy. “The Biden administration would never do this in an Islamic country,” Ben Shapiro argued. “This is anti-Catholic bigotry.” And ironically, it comes at the hands of a self-professed Catholic, Joe Biden. Mary Szoch, Family Research Council’s director for the Center of Dignity insists it’s just one in a long line of betrayals to his faith. “The U.S. Embassy to the Holy See’s decision to fly a rainbow flag is consistent with President Biden’s clear lack of respect for Catholic teaching. ... Since his inauguration, President Biden, who calls himself a devout Catholic, has openly supported policies that actively attack the heart of the family. He has pledged allegiance to the wrong flag.”

Imagine being a Gold Star family — maybe one of the 13 who lost loved ones to Biden’s disastrous Afghanistan withdrawal — watching this government-wide gaiety unfold. Your son or daughter, husband or wife, mother or father is gone, and the only thing this White House cares about is giving the full-measure of devotion to a vulgar fringe that mocks truth, bullies faith, and divides the nation. They are the few, the inexplicably proud.

Suzanne Bowdey serves as editorial director and senior writer for The Washington Stand. In her role, she drafts commentary on topics such as life, consumer activism, media and entertainment, sexuality, education, religious freedom, and other issues that affect the institutions of marriage and family. Over the past 20 years at FRC, her op-eds have been featured in publications ranging from the Washington Times to the Christian Post. Suzanne is a graduate of Taylor University in Upland, Ind., with majors in both English Writing and Political Science.