WHO Withdraws 12 of Biden’s “Sovereignty” Amendments to IHR; May Revisit Them Later

By Veronika Kyrylenko - The New American
Published: 31 May 2022 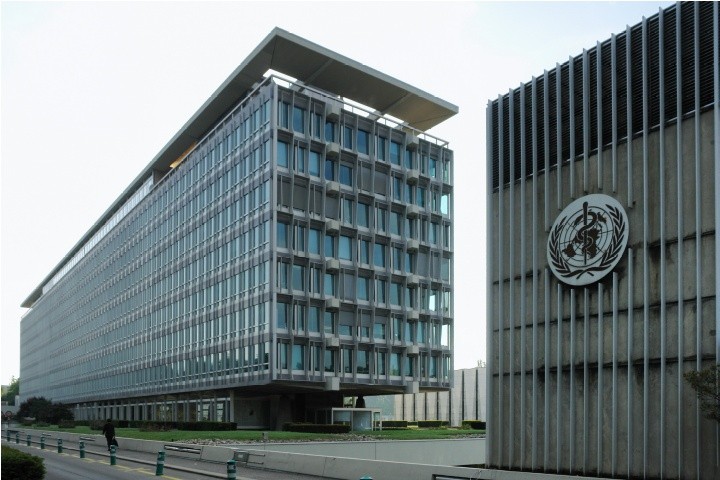 The global backlash against the proposed amendments to the WHO’s International Health Treaty (IHR) — which would have ceded national sovereignty over to globalists — along with legal actions in the United Kingdom have resulted in almost all of those amendments being dropped for the time being. There is nothing, however, to prevent the global overlords from revisiting the agenda.

According to independent journalist James Roguski, who monitored the hearings, 12 of the 13 amendments submitted by the Biden administration for a vote in the World Health Assembly (WHA) this week in Geneva have been removed from consideration.

On his substack post explaining the developments, Roguski added that it is crucial to keep pushing against the global power grab by urging legislators to take action, and by spreading the word and sharing the information “WITH EVERYONE.”

Roguski reported that in addition to the public inundating the WHO and their representatives with objections to transferring national sovereignty to the global elites, the removal of a dozen amendments came through legal action filed in the U.K. by a physician, Zac Cox.

Cox filed an appeal last Friday after his May 17 request for judicial review of the amendments was rejected. The court notified the physician that his appeal was “without merit” since the IHR’s Working Group for Pandemic Response (WGPR) was “unable to reach a consensus” on the amendments and removed them from consideration.

Since the workings of the group are not transparent, Roguski speculated that that could happen for several reasons, including the following:

Maybe some of the members of the WGPR actually read the amendments, comprehended them and had the same reaction that I did.

Maybe Brazil, some African nations or other “stakeholders” read the amendments and realized what the hell was going on.

A good percentage of the members of the WGPR opposed the amendments.

Maybe, just maybe, “People Power” reared its powerful head, shined a very powerful light on the amendments, which were expected to be considered in darkness.

The only remaining amendment to the International Health Regulations (IHR) is the “one that they [the Biden administration] really, really want,” said Roguski in a video announcing the news, urging freedom-loving Americans to “really get involved” and “deliver a knockout punch.”

The remaining amendment to Article 51 seeks to change the amount of time to reject amendments from 18 to six months, explained the journalist.

In an interview Tuesday with Steve Bannon on the War Room, Roguski warned that the forces spearheading the effort to destroy America’s sovereignty “will never give up.” He further said that the working group will give the nations time until September to submit their proposals on how the IHR should be amended to better respond to future pandemics, and then they will have another meeting on the matter in November.

“They will keep trying to do this again in the future” with the new working group, said the journalist, concluding, “We’ve got to stay vigilant.”

In his interview with The New American, Roguski explained that on January 18, 2022, the Biden administration submitted a proposal that seeks to amend 13 articles within the IHR, a treaty the United States ratified back in 2005. The details of the amendments were only released publicly — and, again, with no media coverage — sometime in April.

Collectively with the new international Treaty on Pandemic Prevention, Preparedness and Response, those amendments would grant the WHO unparalleled authority to impose its will on the nations of the world, with practically no restraint.

For example, the WHO would be able to classify any disease outbreak, even of diseases that are not infectious, as a “public health emergency of international concern” in order to impose whatever “healthcare” measures deemed necessary, such as lockdowns and travel restrictions. The amendments indicated that national governments would not have a say in accepting or rejecting the WHO’s orders.

Once the “emergency” is declared, the WHO would partner with the sister agencies working under the umbrella of the UN and overseeing global human activities starting with food production and distribution, education, and travel to address this “emergency.”

Does all of this have anything to do with public health?

As reported by The New American, the legal developments at the highest level of the globalist establishment will likely turn into a dystopian nightmare, especially considering the background of the WHO’s current director-general:

The amendments would accelerate the process of turning the head of the WHO into a global health dictator, numerous critics say. That is especially troubling considering that WHO chief Tedros Adhanom Ghebreyesus, installed by the regime in Beijing, is a former politburo member of the Tigray People’s Liberation Front, an ethno-Marxist terror group designated a terrorist organization by governments around the world. Countless critics have called for him to be prosecuted for ghastly crimes perpetrated by the terror group he helped lead, and later the brutal Ethiopian regime he served at a high level.

All of the doctors called on Americans to resist the attempted power grab that would result in devastating consequences for the American Republic.