Potheads Back in Washington 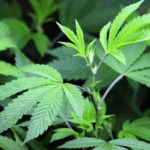 This week, Washington welcomed back the House and Senate after a recess to campaign. The few weeks in between the end of the 116th and start of the 117th Congress are sure to be busy. The agenda includes funding the government before the December 11th deadline and decriminalizing marijuana.

The House follows the lead of the four states that decriminalized marijuana on November 3rd. We’ve advocated tirelessly against marijuana legalization and our lawmakers, both federally and at the state level, continue to forget the consequences of the drug’s legalization. Just last September the House passed the SAFE Banking Act. As you may recall, this legislation prevents federal banking regulators from punishing financial institutions that finance marijuana businesses that are legal under state or local laws. The bill undermines federal law and allows for legal money laundering in which banks receive illegally obtained funds.

This time around, the House Democrat majority will attempt to pass H.R. 3884 or the Marijuana Reinvestment and Expungement (MORE) Act. In September, Eagle Forum joined a letter sent to the House against the legislation and the bill was ultimately pulled from consideration. However, the latest reports point to its passage soon. If enacted, the MORE Act would decriminalize marijuana and legalize and commercialize the drug.

Our President and many advocates have enacted measures to help diminish the impact of the opioid epidemic. A federal mandate legalizing marijuana will greatly hurt these efforts. To add to this, legalizing marijuana will hurt our kids. As was evidenced with the popularity of flavored nicotine and Juul, the nation’s youth is disproportionally targeted and consequently hurt from these products. Sadly, this legislation has hardly any public health protections preventing its appeal to the nation’s youth.

Eagle Forum will continue to monitor the advancement of the MORE Act through not only the House, but also the Senate. Please be sure to join our legislative action alert emails so you don’t miss the opportunity to ask your Representative to vote NO on this bill.