Back in July, we alerted you to some concerning policies in the William M. (Mac) Thornberry National Defense Authorization Act or NDAA. The House passed this bill in July and then the Senate followed with their own version. 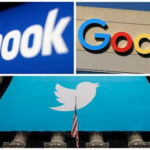 Until this week, the legislation was in conference and both legislative chambers attempted to resolve the differences. We were hopeful the conference report would be relatively “clean” from items that don’t contribute or add to our national security.

For example, we were particularly concerned with the House’s inclusion of the following policies:

Meanwhile, the conference report, with a price tag of $740 billion, shot down many of these initiatives, but not all of them. For example, the legislation watered down, but didn’t necessarily remove the idea of the Chief Diversity Officer. The report states that:

“The Senate recedes with an amendment that would require the Secretary of Defense to submit a report accompanying each National Defense Strategy setting forth current diversity and inclusion demographics across the Armed Forces.”

Among its provisions, the legislation also allows for the renaming of military bases named after Confederate war figures.

It’s not surprising that President Trump has been vocal in his dislike of the bill. He tweeted on Tuesday evening:

As you may recall, Section 230 of the 1996 Communications and Decency Act provides “legal protection for technology companies over content from third parties and users.” As many conservatives have pointed out, Section 230 is being used by Big Tech, like Twitter and Facebook, to censor conservative and politically incorrect viewpoints and shape our elections.

This past October, the Senate Commerce Committee held a hearing on the industry’s liability protections with Big Tech giants Google, Facebook, and Twitter. Senator Cruz (R-TX) blasted Twitter CEO Jack Dorsey over the company’s decision to block the New York Post after they posted the Hunter Biden story. He said:

Senator Cruz raises a good point and one President Trump has echoed. He tweeted on December 1st:

President Trump is correct; Section 230 does pose a national security threat. On Wednesday, YouTube announced that it will censor content “that misleads people by alleging that widespread fraud or errors changed the outcome of the 2020 U.S. Presidential election, in line with our approach towards historical U.S. Presidential elections. For example, we will remove videos claiming that a Presidential candidate won the election due to widespread software glitches or counting errors.”

One can’t help but wonder if YouTube is making a “good faith” effort to moderate its content or rather using its Section 230 immunity to contribute to the media’s calling of a Biden victory.

Sadly, it doesn’t look like our lawmakers will pause to add Section 230 language into the Conference Report of the NDAA. The House passed the legislation with a veto-proof majority on Tuesday with a final count of 335-78. Even with Trump’s concerns, the Senate is expected to pass the legislation soon. As Oklahoma’s Republican Senator James Inhofe stated:

“The president knows that I agree with him 100 percent on the need for a full repeal of Section 230. I’ve made that clear publicly as well. It’s unfortunate that Members of Congress on both sides of the aisle disagree with the need for a full repeal – but, because of that, it is impossible to add a repeal of Section 230 to the defense authorization bill. The only other option would mean that for the first time in 60 years, we would not have an NDAA. Without an NDAA, our troops would not get flight pay. They wouldn’t get hazard pay or any other specialty pay that requires annual authorization for our service members overseas to get what they need.”

Many conservatives in both chambers have echoed this statement. If the President does veto this legislation, we will gladly support him. We simply cannot allow our first amendment rights to be taken at the hands of Big Tech.