Federal Contractor Acquitted of All Charges in January 6 Trial 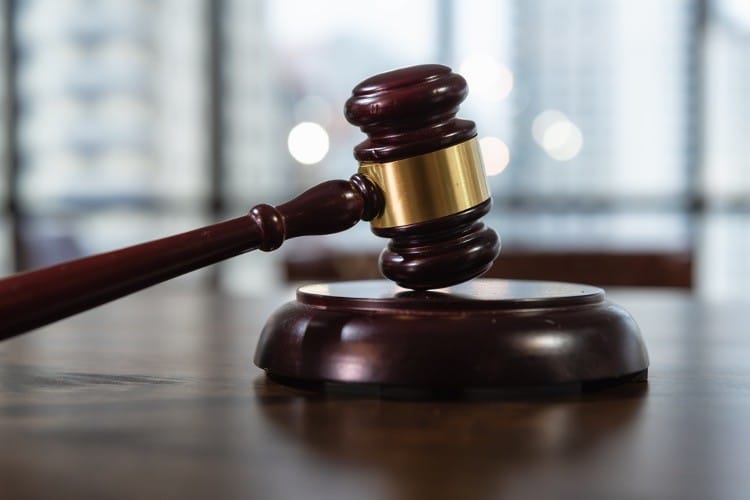 On Wednesday, a federal district judge acquitted a Santa Fe, New Mexico, man of charges that he entered the U.S. Capitol illegally on January 6, 2021. Matthew Martin, a federal contractor at the time who held a security clearance, was found not guilty of all charges, including entering and remaining in a restricted building; disorderly and disruptive conduct in a restricted building; violent entry and disorderly conduct in a Capitol building; and parading, demonstrating, or picketing in a Capitol building.

Martin’s main defense was that Capitol police officers waved him into the building during the unrest that occurred that day. He had been working at the National Laboratory in Los Alamos, New Mexico, for a private contractor. Martin lost that position and his security clearance after being arrested and charged with the crimes in April of 2021.

Martin is the third defendant whose January 6 case has been resolved and the first to be cleared on all charges. U.S. District Judge Trevor McFadden, the same judge who acquitted Martin, previously convicted Couy Griffin, another New Mexican who founded Cowboys for Trump, at a bench trial for illegally entering the grounds of the Capitol. In March, a jury convicted Texan Guy Reffitt of five felonies in connection with the January 6 events.

Martin was acquitted in a two-day bench trial without any jury.

“I’m very thankful for the judge’s verdict,” Martin said after his acquittal, “and I’m hoping I could get my life back together and get my job back.”

Video shown at the trial seems to back up Martin’s assertion that the Capitol Police did not block him from entering the building, with one officer appearing to wave him and others into the Capitol building.

Senator Ron Johnson (R-Wis.) estimated that 38 percent of those in the Capitol building were allowed in by police.

McFadden, a 2017 Trump appointee, said it was reasonable for Martin to believe that Capitol Police were waving people into the building based on the video evidence. In his ruling, the judge noted Martin’s demeanor and that he didn’t appear to be causing chaos or shouting, although the judge did say it was a “close call” on the charge of entering a restricted building.

“If the cops weren’t letting people in, I would not have gone in,” Martin said during his testimony.

Martin painted a picture of a rather festive atmosphere of January 6, instead of the dark and violent “insurrection” that Democrats and the media claim occurred. Martin said that it was mainly a “positive” experience, although he said that given the chance to do everything over again he would have avoided the ruckus at the Capitol.

“I enjoyed everything else. I enjoyed the rally,” Martin said. “It’s hard for me to say I regret coming to Washington, D.C.”

“I saw no violence,” Martin said.

In a different courtroom, a jury heard testimony in the trial of former Virginia police officer Thomas Robertson, who was also at the Capitol on January 6. In that case, another former officer who worked with Robertson, Jacob Fracker, who was with him at the Capitol, pled guilty to a conspiracy charge and is now testifying against Robertson.

“I absolutely hate this,” Fracker said. “I’ve always been on the other side of things, the good guys’ side so to speak.”

While the various judges in the hundreds of cases still to be decided in the January 6 fiasco are not bound by McFadden’s decision in favor of Martin, it is a glimmer of light for many who simply got caught up in the events of that day and didn’t commit any acts of violence. The video evidence does not lie, and it does appear to show that Capitol Police were allowing people into the building.

This so-called insurrection at the Capitol building is looking less and less serious as time goes on.

James Murphy is a freelance journalist who writes on a variety of subjects with a primary focus on the ongoing anthropogenic climate-change hoax and cultural issues. He can be reached at This email address is being protected from spambots. You need JavaScript enabled to view it.