“Made in the Image of God”: Biden Pushes Trans Agenda With Focus on Children 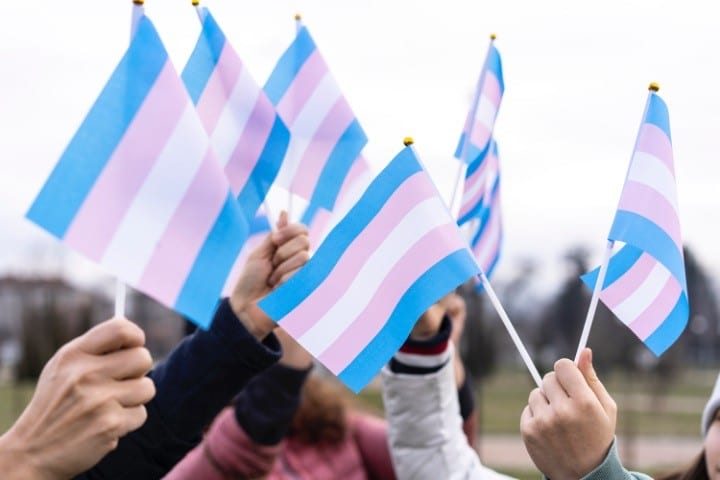 On Thursday, celebrating the “Transgender Day of Visibility,” the Biden administration released a series of documents promoting non-reversible “gender-reassignment” surgeries and hormone treatments for minors, among other measures.

Marking the occasion, President Joe Biden posted a video in which he praised transgender people and reaffirmed his administration’s strong support for them. The president said,

To everyone celebrating Transgender Day of Visibility, I want you to know that your president sees you — Jill [Biden], Kamala [Harris], Doug [Emhoff], our entire administration sees you — for who you are: made in the image of God and deserving of dignity, respect and support.

Without naming any names, the president went on to slam the “onslaught” of “hateful bills” that “attack” transgender people and their families. The Biden administration has been a vocal critic of the Florida legislation that prohibits classroom instruction about sexuality and gender identity in kindergarten through third grade, and laws in states including Arizona and Oklahoma that prohibit biological males from competing in girls’ and women’s sports.

“This administration is standing up for you against all these hateful bills,” Biden said. “And we’re committed to advancing transgender equality in the classroom, on the playing field, at work, in our military, and [in] our housing and health care systems — everywhere, simply everywhere.”

The president continued, “To parents of transgender children, affirming your child’s identity is one of the most powerful things you can do to keep them safe and healthy.”

Biden ended the video by saying, “You’re so brave. You belong and we have your back.”

Indeed he does. The Fact Sheet released by the White House contains a slew of actions aimed at supporting “transgender” people.

According to the fact sheet, the Department of Justice sent a letter to all state attorneys general, saying that discrimination against “lesbian, gay, bisexual, transgender, queer, intersex, nonbinary, or otherwise gender-nonconforming” people is unconstitutional — as Biden’s DOJ sees it.

For example, the letter says that “intentionally erecting discriminatory barriers to prevent individuals from receiving gender-affirming care implicates a number of federal legal guarantees.” That means that legally prohibiting children from receiving non-reversible surgeries that mutilate them for life and may have detrimental effects on their physical and psychological well-being is unlawful in the view of Biden’s DOJ.

Biden’s Department of Health and Human Services (HHS) launched  a new website that offers “resources for transgender and LGBTQI+ youth, their parents, and providers,” the goal of which is to “affirm an LGBTQI+ child.” When children and adolescents claim that their “gender identity” does not match their biology, the administration is happy to “reaffirm” that with mental health “councils.”

But that’s not all. HHS also released a document that describes what it sees as appropriate treatments for “transgender” adolescents. That includes “top” surgery, which creates a “male-typical chest shape or enhance[d] breasts;” and “bottom” surgery, or a surgery on genitals or reproductive organs. The department also recommends using “facial feminization,” puberty blockers, and prescribing testosterone for girls and estrogen for boys.

The department warns that “lack of such support can result in rejection, depression and suicide, homelessness, and other negative outcomes.”

In it, the administration stresses that the younger the child, the better the “outcomes” of “gender-affirmation,” which is achieved, among other measures, with hormones and puberty blockers.

The document contains information for providers “confirming that providing gender-affirming care is neither child maltreatment nor malpractice.” In other words, the administration is encouraging healthcare providers to prescribe meds and perform surgeries on young children because it “won’t harm them.” On the contrary, such medical interventions will benefit the children, claims the document.

The language of the document is seemingly a response to the legal battles in Texas over puberty blockers. “Gender-reaffirming” surgery is considered a form of child abuse, per the Texas Department for Family and Protective Services.

From now on, “transgender” people will not have to show proof of identity such as doctor’s notes in order to update their gender information in their social security record by the fall of 2022.

When filing an employment discrimination complaint, applying for federal student aid, or scheduling a visit to the White House, the option “X” for gender will be available on the questionnaire.

Among other initiatives, Biden included $10 million in funding for data collection on LGBTQ+ people in his FY 2023 budget proposal.

The administration is dedicated to improving the travel experience of transgender people. For that reason, beginning April 11, 2022, all U.S. citizens will be able to select an “X” as their gender marker on their U.S. passport application.

The Department of Homeland Security (DHS) will implement a number of additional measures aimed at ensuring comfortable travel for trans people. For instance, the DHS will implement a so-called Advanced Imaging Technology (AIT) body scanners that will save transgender travelers the trouble of undergoing additional security checks.

The TSA is also updating its PreCheck and CBP Trusted Traveler Programs enrollment to include “X” gender markers.