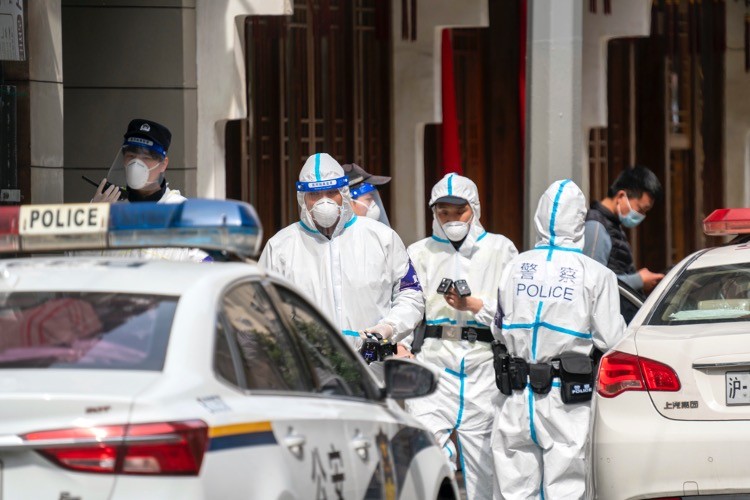 While world attention is riveted on Ukraine, another great crisis is building in the People’s Republic of China. For more than a week, the entire city of Shanghai has been on total lockdown in response to an out-of-control Covid/Omicron outbreak that has engulfed China’s (and the world’s) largest city. It all began in early March, when locally transmitted cases of the Omicron variant, apparently traceable to a huge outbreak in Hong Kong, began cropping up all over Shanghai.

Because of the city’s crucial role in the Chinese and world economy, Chinese authorities were reluctant to impose on Shanghai what has been imposed in the past on other, lesser Chinese cities such as Wuhan and Xi’an — namely, a total lockdown. Individual neighborhoods and residential areas across Shanghai were locked down aggressively in response to local cases, but the city remained largely open for business.

But by the end of March, it was apparent that the highly contagious Omicron variant was not to be denied. The city authorities, under pressure from Beijing, announced a two-stage lockdown of the city, beginning with Pudong, the eastern half. Each half of the city would be locked down for four days only, while authorities fanned out and tested everyone, and then Shanghai would go back to work, albeit with greater vigilance and restrictions.

That, at least, was the plan. But once the mass testing began, tens of thousands of new cases were detected. Initially, most of these were asymptomatic. But authorities were undeterred. Tens of thousands of people were rounded up and whisked off forcibly into Covid quarantine camps erected in haste across the city, where the people live in crowded squalor, are forced to submit to daily testing, and are frequently denied all but the bare minimum of food to survive. Shanghai’s temporary lockdown quickly became permanent, and now, the once-bustling megalopolis is a ghost town.

In many areas, people are running out of food, and hospitals deny medical services for anything not related to Covid pandemic control. Horrifying videos have been appearing on social media of people committing suicide and of the bereaved calling out of windows to unsympathetic police in the streets below for removal of the bodies of the dead. While all such videos are quickly censored by the government, they are having a sobering effect.

And through it all, the outbreak worsens by the day, with almost every day setting new records for Covid positives. The total number in Shanghai is uncertain, but certainly above 100,000 — far beyond anything acknowledged in Wuhan in the early days of the pandemic. Larger and larger numbers of new cases are symptomatic, and many deaths — carefully concealed by the government, but revealed on social media — have already occurred among the elderly.

The virus, completely unmoved by propaganda and patriotism, meanwhile, has continued its implacable spread into the huge cities bordering Shanghai, manufacturing and trade titans all: Hangzhou, Wuxi, Suzhou, and many other cities are partially or completely locked down, with their factories, airports, banks, and markets shuttered and empty. An estimated 53 million people in the Shanghai area are now under lockdown with no end in sight.

The proud and successful people of Shanghai, unused to such treatment, have begun resisting the lockdown. Food riots and open confrontations against police have been spreading. In response, Beijing has sent elite military forces to Shanghai, preparing for bloodshed if resistance to the regime continues.

Nor is the crisis confined to the Shanghai area. Northeast China, one of China’s most important agricultural regions, has been largely locked down for weeks, prompting fears of crop failure and calamitous food shortages. According to the Financial Times, “as many as a third of farmers in northeastern Jilin, Liaoning and Heilongjiang provinces have insufficient agricultural inputs after authorities sealed off villages to fight the pandemic. The three provinces account for more than 20 per cent of China’s grain production.” Even the Jilin Provincial Government has admitted that as many as one third of all its farmers had insufficient fertilizer by the end of March, only weeks before the spring planting season is scheduled to begin.

Compounding the problem are widespread refusals by local authorities, seeking to evade responsibility for any local COVID cases, to allow trucks from other regions to bring needed supplies into their jurisdictions. Moreover, millions of seasonal farm workers are locked down, unable to travel to work areas to assist in planting. This, in tandem with anticipated shortages of grain imports from Ukraine, one of China’s most important food suppliers, could spell serious food supply trouble in a few months.

In China, where saving face is paramount, the government and its leader Xi Jinping have staked all their prestige on a “zero-Covid” policy, predicated on the assumption that the Chinese Communist Party is ascendant over both nature and nature’s God. To admit that the policy is doing more harm than good is unthinkable. The regime is therefore prepared to preserve its power and save face by any means necessary, including the total repression of Shanghai, the effusion of any amount of blood in the streets, or even, as a narrative-shifting distraction, the long-anticipated invasion of Taiwan.