TUSCALOOSA, Ala.-- It has been confirmed that the death of a woman who visited the West Alabama Women's Center abortion facility in Tuscaloosa, Alabama, on May 7, 2020, is under criminal investigation.

A coalition of pro-life groups, including CEC for Life, Life Legal Defense, Operation Rescue, and other Alabama organizations sought the autopsy report for a woman who reportedly died at Druid City Hospital, soon after leaving the Tuscaloosa abortion facility.

ATLANTA -- A Mississippi man who was arrested after dressing up as Captain America to commit a break-in has turned real-life hero.

What a difference one year has made for David Hobbs. His very public arrest in Sept. 2019 for burglarizing the shed of an armed former Marine in Clarksdale, Miss.--while comically dressed up in a Captain America costume with padded chest and fairy wings—captured the attention of Newsweek, Los Angeles Times, New York Post and other media, while going viral on social media.

Who Can Quiet the Riot?

"It can get out of hand in a blink of an eye," Shelby Talcott said. And she ought to know. The Daily Caller reporter has been in a half a dozen riot-ravaged cities over the last few months -- and the things she's seen are tough to shake. "This is far more organized than I think people realize," she warned. There are the loads of bricks and frozen water bottles trucked in to use as weapons. Rocks, glass, and firecrackers. Then, there's the money trail -- a seemingly endless cash flow that's bankrolling plane tickets, hotel rooms, even clothes. "They're becoming more coordinated," she warned. But unfortunately for them, so is Homeland Security.

Thank President Trump for Upholding the Rule of Law!

This summer, our cities have been flooded with rioters. Violent protestors have beaten innocent people and destroyed businesses. Their blatant disregard for the well-being of our country has been appalling.

Thankfully, President Trump and Attorney General Barr are standing up against this mob rule to defend our safety and our history.  In late June, President Trump issued an executive order that reinforced full prosecution of criminals who deface monuments and incite violence.  A week later, Attorney General Barr launched Operation Legend named after 4-year-old LeGend Taliferro who was murdered in Kansas City, Missouri. This year, Kansas City has seen a massive 40% increase in crime. The White House took notice.

GREENVILLE, S.C. -- America's leading faith-based adventure group for boys has launched a new campaign to get young people out into the "great outdoors" -- and inspire them to become the next "Greatest Generation."

Trail Life USA (www.TrailLifeUSA.com) -- a boys adventure organization with 30,000 members in troops across all 50 states -- aims to help boys rise above challenges like COVID-19, with locally-held special events across the country this fall. 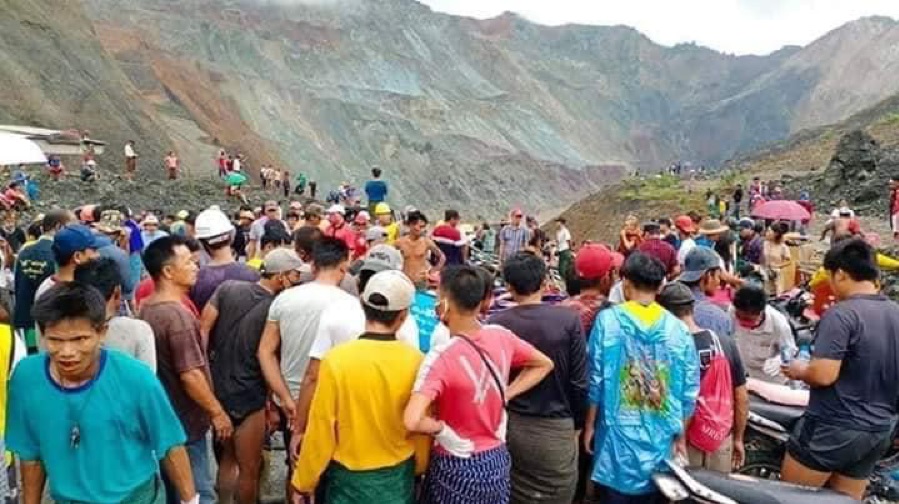 WILLS POINT, Texas -- One of the world's leading mission agencies has called for "compassionate prayer" after more than 160 people were killed by a horrific mudslide at a jade mine in northern Myanmar earlier this month.

Several Christians living in a nearby village work at the jade mine, but fortunately no one from the local church was reported missing or dead, Gospel for Asia (GFA World, www.gfa.org) said.

“Cancel Culture” Cancels One of its Own

“The removal of Margaret Sanger’s name from our building is both a necessary and overdue step to reckon with our legacy and acknowledge Planned Parenthood’s contributions to historical reproductive harm within communities of color.”

We couldn’t agree more. The pro-life movement has persistently brought attention to Sanger’s racist motives. She was not shy about her intentions of eradicating minority populations and people with disabilities. She aligned herself with eugenicists who were actively researching how to do just that.