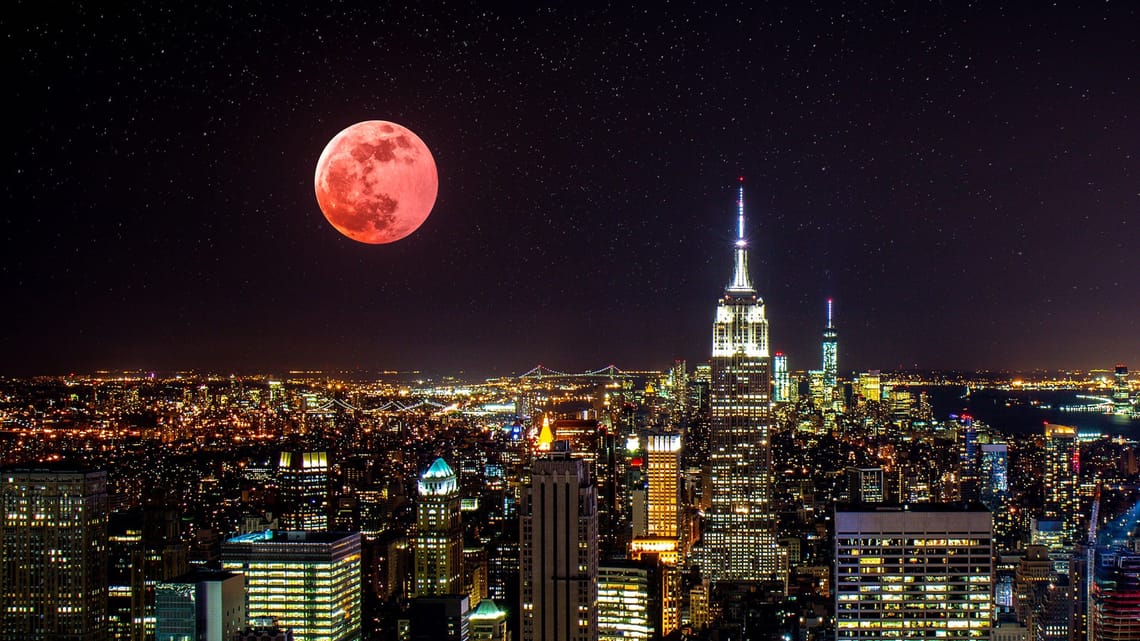 In May 2022, we await a glorious celestial spectacle: the total lunar eclipse will be seen from the Americas, Africa, and a part of Eurasia

The full phase of the total lunar eclipse will start on May 16, at 03:30 GMT, when the Earth’s shadow fully covers the Moon. This phase will last for 85 minutes making it the longest total eclipse since 2018. The worthy view begins even earlier — here is the entire timeline of the eclipse on May 16:

Below is the timeline of the lunar eclipse phases for the US time zones:

If you aren’t sure when to watch the total eclipse from your place, use the Eclipse Guide app. It calculates correct timings based on your location and gives you thorough information, including an eclipse calendar, visualizations, and a list of places with the best view.

Where is the best place to see the eclipse?

The entire eclipse on May 15-16 will be visible in South America and eastern parts of North America. By the time of totality, the Moon will be high above the horizon, visible from anywhere, given good weather. If you observe the eclipse from a less favorable location, it’s better to find a hill on the city’s outskirts. There should be no hindrance between you and the Moon’s visible path.

How to observe a lunar eclipse?

Unlike solar eclipses, it’s perfectly safe to look at a lunar one, so you don’t need any eye protection. It’s also an easy target for the unaided eye. Still, you can study the Moon’s craters more closely with a pair of binoculars.