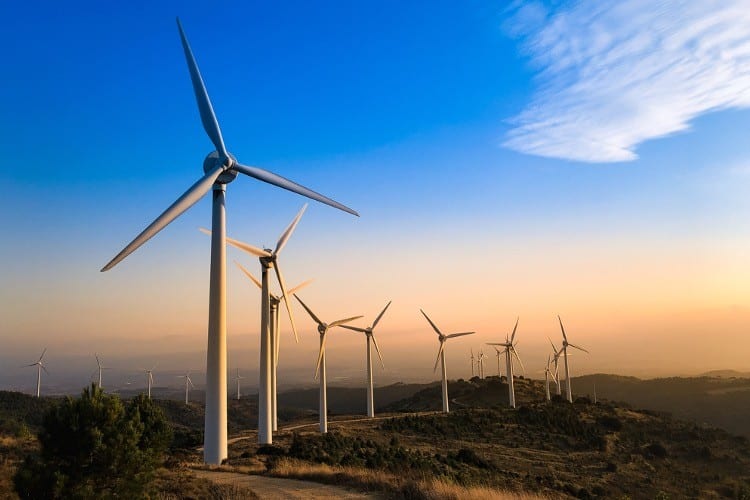 Some might say it’s a lot of hot air. First “green” energy endeavors threatened the North Maine Woods and a pre-Columbian forest in Germany. Now comes news that wind-power turbines have been killing scores of bald eagles along with the more threatened golden eagle. The federal government has fined a company implicated in this, too. Yet critics may wonder: Shouldn’t the feds expect an avian body count when encouraging wind power, as it’s well known that those unsightly windmill blades kill birds?

The kicker: One of the government’s gripes is that the company, ESI Energy, is “taking eagles without obtaining or even seeking the necessary permit,” as if this makes a bird less dead or a species less endangered and should apply to unintentional killings.

A renewable energy company was given five-year probation and ordered to pay more than $8 million in fines after the deaths of 150 bald and golden eagles on their wind turbines.

NextEra Energy subsidiary ESI Energy pleaded guilty to violating the Migratory Bird Treaty Act, per a press release from the Department of Justice.

The Act prevents anyone from killing or taking parts from protected birds without permission from the federal government. Golden and bald eagles are further protected by federal law.

The company pleaded guilty to three specific deaths, which prompted the fines, per the DOJ.

As part of the case it also acknowledged the deaths of a more than 150 eagles at the company’s wind farms in Wyoming, New Mexico, Arizona, California, Colorado, Illinois, North Dakota and Michigan, and other states.

Prosecutors said the eagles died over a period beginning in 2012, and that 136 of them were killed being struck by a turbine blade.

…”For more than a decade, ESI has violated (wildlife) laws, taking eagles without obtaining or even seeking the necessary permit,” assistant attorney general Todd Kim of the Justice Department’s Environment and Natural Resources Division said in the statement.

In addition to the $8 million fine, ESI “also agreed to apply for permits allowing ‘unavoidable take’ of eagles at its facilities,” adds The Guardian. “And, the company agreed to pay $29,623 each time an eagle is killed or injured in the future.”

“Finally, the company agreed to pay up to $27m for measures meant to keep future deaths at a minimum,” the paper continues. “That includes shutting down turbines at times when eagles are more likely to be present, according to media.”

Now, the permit requirement may sound odd. ABC News tells us that “NextEra spokesperson Steven Stengel said the company didn’t seek permits because it believes the law didn’t require them for unintentional bird deaths,” and this appears common sense. After all, isn’t the permit process a species-protection measure meant to apply to hunters and perhaps others who intentionally kill wild animals?

Critics could also wonder whether the permits are required of airline and skyscrapers owners, as they too are responsible for avian carnage. What, after all, could applying the permitting process to “unavoidable take” be motivated by other than red tape and statist revenue-raising ambitions?

Prosecutors did make the case that ESI’s “failure to take steps to protect eagles or to obtain permits to kill the birds gave it an advantage over competitors that did take such steps,” ABC also informs — “even as ESI and other NextEra affiliates received hundreds of millions of dollars in federal tax credits from the wind power they produced.”

Nonetheless, this may appear a government shakedown to some. Making it even more interesting is how the Obama administration said in 2013 that “it will allow some [wind farm] companies to kill or injure bald and golden eagles for up to 30 years without penalty,” reported CBS News at the time. (Emphasis added.) Is ESI not among the favored? Or was it targeted with a technicality?

“NextEra President Rebecca Kujawa said collisions of birds with wind turbines are unavoidable accidents that should not be criminalized,” ABC further related.

“We disagree with the government’s underlying enforcement activity,” ABC reported Kujawa as having said in a statement. “Building any structure, driving any vehicle, or flying any airplane carries with it a possibility that accidental eagle and other bird collisions may occur.”

What’s more, “‘[W]ind turbines, surprisingly, [also] kill more people than nuclear plants,’ notes Michael Shellenberger, who was named a ‘Hero of the Environment’ by Time magazine,” Bader adds. He continues, “‘Nuclear power is the safest form of energy we have, if you consider deaths per megawatt of energy produced,’ notes Yale University professor Steven Novella.”

This gets at the larger issue of why we have wind power at all: “woke” priorities and government subsidies. Powerline called wind (and solar) “obsolete technologies” last year because they’re comically inefficient, with wind producing just one watt of power per square meter of space used (nuclear offers 2,000. Chart here). Consequently, it would require a region three times California’s size to meet the U.S.’s current energy needs with wind power, according to this analysis.

But, hey, to find space for greentopian visions we can always, well, cut down trees. That’s exactly what they’re doing in Germany, too, in a rare pre-Columbian forest (video below), to make room for a wind farm.

Then there’s the planned decimation of the Northeast’s last great forest, the North Maine Woods, to facilitate a foreign energy company project (video below).

Of course, the imperative of saving trees was exactly why, the environmentalists told us back in the ’70s, we had to switch away from paper supermarket bags — which they now say we must switch back to in another green agenda’s name. But perhaps it really is all about the green and that, at least at the moment, erecting windmills is more profitable than growing trees.