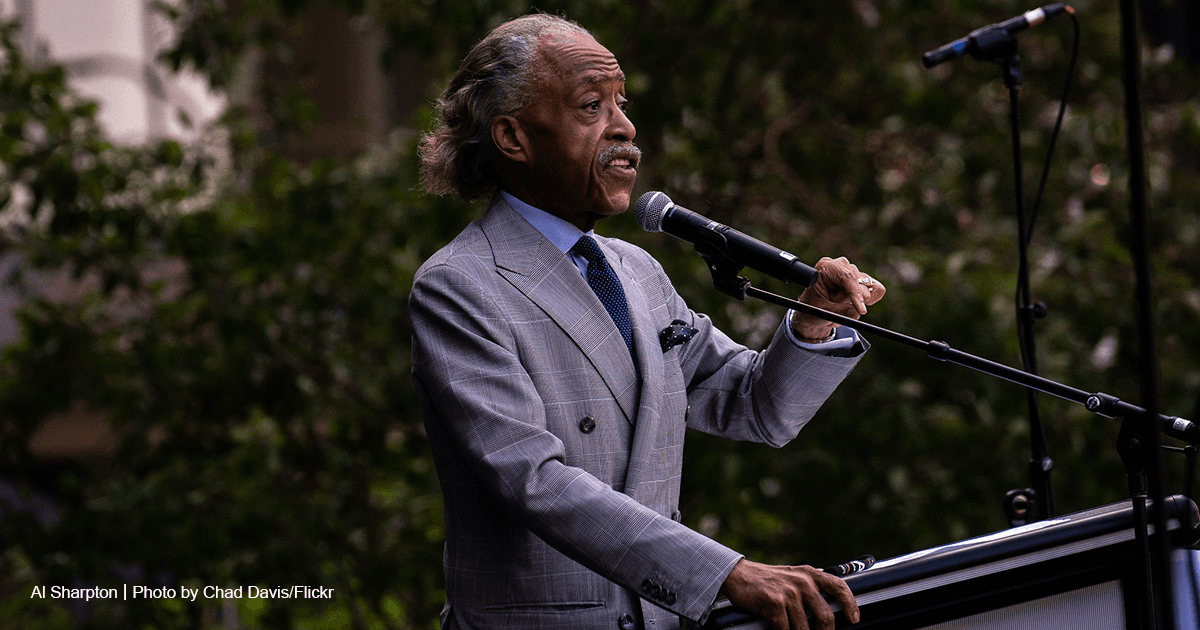 Supporters of the National Parents and Families Engagement Council, announced by Education Secretary Miguel Cardona on June 14, praised the board as “a channel for parents’ voices to be heard.” Yet one look at some of the council’s 14 acknowledged members shows it represents a small segment of elitist, left-wing views. Among the groups that the Department of Education cites as council members are:

National Action Network: Al Sharpton founded the National Action Network (NAN) in early 1991 — after his role in the Tawana Brawley hoax, but before that summer’s Crown Heights riots left rabbinical student Yankel Rosenbaum dead, and four years before even deadlier violence against Freddy’s Fashion Mart. The organization formed an “LGBTQ Alliance” in 2015 “to create a new understanding of sexual and gender diversity and to promote” the hiring or participation of gay/transgender people “in all areas of religious and public life” (emphasis added). But Sharpton’s group does not oppose every kind of discrimination: In 2018, NAN lobbied against a Republican resolution condemning Nation of Islam founder Louis Farrakhan‘s decades of anti-Semitic statements. The same year, NAN paid Al Sharpton more than $1 million. Sharpton, who has run for president multiple times, has long ties to the Democratic Party. In 2011, Barack Obama’s Education Secretary Arne Duncan sent an email telling more than 4,000 federal employees they were “invited” to attend Sharpton’s “Reclaim the Dream” event, a move that straddled ethical guidelines.

Girls, Inc.: Girls, Inc., founded 157 years ago to help young women suffering during the last days of the Civil War, is now outspoken in its support of abortion, “comprehensive” sex education, and gender transition procedures for young people. “We support access to comprehensive sex education and safe, high-quality reproductive health care, including contraception and abortion services,” the group said in a statement condemning “[a]nti-choice bills.” Despite its name, the organization defines “girl” as “a young person who identifies as a girl regardless of her assigned sex at birth, or who is exploring gender identity or expression.” It promotes critical theory, stating that “cisgender girls and young women, transgender girls and young women, and nonbinary individuals [all] experience gender-based oppression.” It promotes transgender transitions at a young age. “Are youth old enough to know their gender identity?” the group asks. “Yes,” beginning at “a very young age,” so “listen to youth.” While “some people prefer to use gender-neutral pronouns, such as ne, ve, ze/zie and xe,” microaggressions are “commonplace,” “daily” occurrences, so members should “[u]se correct names and pronouns” and “own your privilege.” It adds that pretending to be a girl in order to attend Girls Inc. events — such as its “2-night overnight camping trip” for “girl-identifying and non-binary youth” in 4th through 9th grade — “is not something people choose to do.” Despite its purported tolerance, the group states that “gender identity and sexual orientation are marginalized in some ethnic, racial, and religious cultures … this is particularly true of the Latino community.” Its advocacy materials include a link to support illegal immigrants who identify as homosexual, whom it calls “undocuqeer.”

UnidosUS: UnidosUS, which rebranded in 2017, is better known by its original name: the National Council of La Raza. (“La Raza” means “the race” in Spanish.) UnidosUS/NCLR has promoted left-wing causes and open borders advocacy since it was founded 1968, in part by donations from the ultra-liberal National Council of Churches. Its publication on “Latinx LGBTQ+ Students and Their Experiences” tells members to “[e]ncourage schools and districts to fund GSA [Gay-Straight Alliance]” and to tell the Biden administration to “include sexual orientation and gender identity” in categories that could trigger federal lawsuits, even though civil rights laws do not include either term. Yet La Raza seems to have a skewed idea of discrimination: in 2001, it insisted the federal government “end discriminatory policies passed on the basis of legal status in the wake of September 11.” To this end, it opposes voter ID laws; it also supports giving driver’s licenses to illegal immigrants. NCLR is well-connected to the Democratic Party: Its current CEO, Janet Murguía, was deputy campaign manager in Al Gore’s 2000 presidential campaign.

League of United Latin American Citizens (LULAC): Founded as a patriotic, (American) flag-waving organization, LULAC has moved steadily leftward for decades. It partnered with the radical National Center for Transgender Equality and the National Gay and Lesbian Task Force to produce a report saying American society creates “Injustice at Every Turn.” (Among other recommendations, the report says governments should increase “employment opportunities for transgender and gender non-conforming people, rather than expending significant resources on arresting, prosecuting, and incarcerating those doing sex work.”) LULAC supports special rights based on “sexual orientation” and race, backs Obamacare, and once filed a lawsuit to prevent Texas from purging non-citizens from its voter rolls. It enthused that Democratic victories “confirmed growing Hispanic political power in the United States” after the 2006 midterm elections. LULAC President Domingo Garcia sat on the Democratic National Committee‘s executive committee, while CEO Sindy Marisol Benavides acted as campaign manager for Senator Tim Kaine (D-Va.) and became the DNC’s national director of community outreach.

National Association for Family, School and Community Engagement (NAFSCE): NAFSCE tells “family-facing professionals” to accept “difficult truths” that “schools and society have historically granted or withheld respect, honor, attention, privileges, resources, and benefits” from “communities based on their … gender identity/expression.” Such “historically nondominant families have too often been treated as onlookers in the project of education,” and must be asked to contribute their “expertise” to forming educational policies. Teachers should also connect with “agencies that promote racial and social justice,” the group says.

United Parent Leadership Action Network (UPLAN): UPLAN developed a program for “educational equity” that encourages schools to institute new “sexual health” classes “for all students.” It also endorses affirmative action quotas in hiring school administrators: “Those who are involved in administration and decision-making must reflect the political, racial, income wealth, language, gender, sexual orientation, and cultural diversity of the school community that they serve.” Overall, the group promises to “further equity and social justice” based on “race, class, gender, sexual orientation, [and] immigration status.”

Generations United: Generations United focuses on children living with their grandparents, but its policy priorities section lobbies the Biden administration: “Do not allow contracts to support providers who discriminate against children and families based on religion, marital status, sexual orientation, or gender identity, race or ethnicity.” This would include religious nonprofits — including adoption agencies, child care providers, and Christian schools — that believe in traditional religious teachings about sexuality and gender.

Council of Parent Attorneys and Advocates (COPAA): COPAA was founded to oppose discrimination against people with disabilities, but it now dresses its cause up in critical theory, claiming such bias is related to “systems of oppression, domination, or discrimination based on race, national origin, ethnic and/or religious identity, [and] sex/gender/gender identity/sexual orientation.”

Parent Leadership, Advocacy, and Community Empowerment (PLACE): Last September 30, PLACE held a webinar with Biden administration officials to discuss on how lobbying groups “can use the U.S. Department of Education’s Civil Rights Data Collection to advocate” for changed policies aimed at students “of limited English proficiency, and who are immigrants, LGBTQ.”

As The Washington Stand reported, the president of another council member — Keri Rodrigues of the National Parents Union — derided concerned parents at school board meetings as “anti-mask/CRT knuckleheads.”

While not every member group is on the political Left, the messages adopted by the members cited in the article do not reflect the views of the vast majority of parents. For example, in a recent poll, 62% of Americans disagreed with the idea that “minors should have access to irreversible gender transition medications and surgery.” Yet the Biden administration does not appear to have solicited the input of a single organization reflecting parents who uphold traditional, faith-based values. The council’s formation reflects “the spirit of deception” that hangs over Washington, Rep. Mary Miller (R-Ill.) told Family Research Council President Tony Perkins on last Thursday’s episode of “Washington Watch.”

It’s not clear how, or if, the Biden administration plans to listen to traditional American families.

Ben Johnson is senior reporter and editor at The Washington Stand. He previously worked as a reporter for The Daily Wire, as U.S. Bureau Chief of LifeSiteNews, as Executive Editor at the Acton Institute, and as Managing Editor of FrontPageMag.com. Ben co-authored a book with David Horowitz, written two book-length reports, and did his Master’s thesis on aspects of the intersection between the Old and New Testaments. Before becoming a writer, he spent more than a decade working in radio. He is currently pastor of Christ the Saviour Orthodox Church. He lives in Ohio with his wife and four children and his children’s three cats.