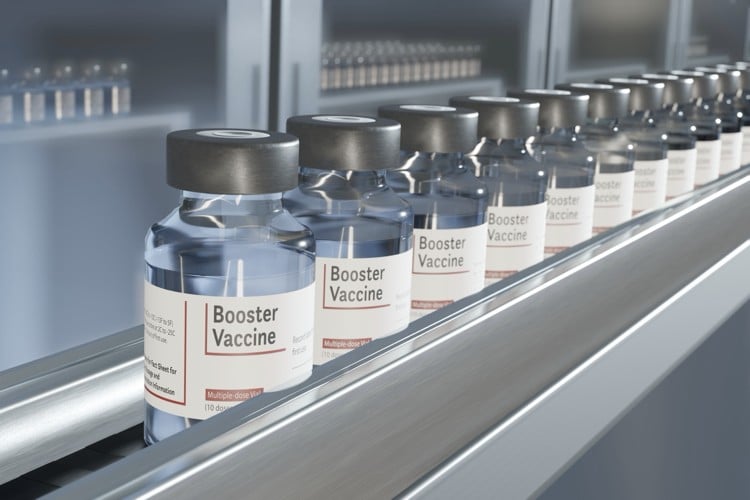 Around New Year’s, an American insurance company executive sounded an alarm. We’re seeing the highest non-COVID death rates in his business’ history, he said, with numbers so bad that it’s worse than “a one-in-200-year catastrophe.” Now a German health insurer has weighed in, issuing findings that can explain this phenomenon and point to what many have alleged: Authorities have greatly under-reported coronavirus “vaccine” complications.

As The Epoch Times reports:

The insurer, BKK ProVita, concluded that the rate of vaccine side-effects is several times larger than earlier reports from the Paul-Ehrlich Institute, a German federal agency, according to a letter from the company (pdf).

BKK board member Andreas Schöfbeck told Die Welt publication that the data is an “alarm signal,” adding: “The numbers determined are significant and urgently need to be checked for plausibility.”

… The letter [embedded in tweet below], written by Schöfbeck, said BKK analyzed doctors’ billing data from 10.9 million insured people, finding that of that figure, some 217,000 received treatment due to vaccine side-effects. Overall, in Germany, which has a population of about 83 million, the Paul-Ehrlich Institute reported 244,576 suspected cases of COVID-19 vaccination side effects in 2021, the firm noted.

… “If these figures are applied to the year as a whole and to” the entire population of Germany, Schöfbeck estimated, then “probably 2.5-3 million people in Germany been under medical treatment because of vaccination side effects after [COVID-19] vaccination.”

Note here that approximately 75 percent of Germany’s population (62,250,000 people) is “fully vaccinated”; this means that about four to five percent of the fully jabbed — perhaps one in 20 Germans — has experienced an adverse reaction serious enough to warrant medical intervention, according to BKK ProVita data. This is a staggering number.

Consider also that these data may not include people who died, for example, of hearts attacks induced by the mRNA therapy agents (MTAs, a.k.a. “vaccines”), which can be explained away as “natural causes” mortality.

Data from insurance companies are more significant than government figures, too. Why? The state often has a vested interest in compiling data “creatively,” as it can benefit officials to present a skewed picture that appears to vindicate their policies. Insurance companies, however, have a vested interest in compiling data accurately. Not doing so can cost them big money.

It may seem unrelated, but it’s reminiscent of when when female golfer Annika Sorenstam was allowed to play in the Colonial, a men’s tournament, in 2003. Many took the politically correct line when assessing her chances, with then-top men’s golfer Phil Mickelson even claiming that because she was one of history’s best women players, she’d not only make the cut but perhaps finish top 20. Yet the odds-makers predicted it was unlikely she’d even make the cut.

The difference is that it perhaps benefited Mickelson and others financially to avoid saying anything controversial that could damage their brand; it benefited this story’s insurance guys, the odds-makers, financially to ferret out the truth.

Returning to BKK ProVita’s findings, they may help explain the mortality-increase data presented by the aforementioned American insurance executive. As The Center Square wrote January 1, reporting on comments OneAmerica CEO Scott Davison made during a December 30 virtual news conference:

OneAmerica is a $100 billion insurance company that has had its headquarters in Indianapolis since 1877. The company has approximately 2,400 employees….

Davison said the increase in deaths represents “huge, huge numbers,” and that’s it’s not elderly people who are dying, but “primarily working-age people 18 to 64” who are the employees of companies that have group life insurance plans through OneAmerica.

“And what we saw just in third quarter, we’re seeing it continue into fourth quarter, is that death rates are up 40% over what they were pre-pandemic,” he said.

…Most of the claims for deaths being filed are not classified as COVID-19 deaths, Davison said.

“What the data is showing to us is that the deaths that are being reported as COVID deaths greatly understate the actual death losses among working-age people from the pandemic. It may not all be COVID on their death certificate, but deaths are up just huge, huge numbers.”

Note here that that this “third quarter,” age-18-to-64 death wave roughly coincided with when the MTAs were pushed on people under 65.

Davison’s revelations were enough to raise the eyebrows of Dr. Robert Malone, the internationally acclaimed virologist/immunologist and pioneer of mRNA-vaccine technology. “It is starting to look to me like the largest experiment on human beings in recorded history has failed,” he wrote January 2 at Substack. “And, if this rather dry report from a senior Indiana life insurance executive holds true, then Reiner Fuellmich’s ‘Crimes against Humanity’ push for convening new Nuremberg trials starts to look a lot less quixotic and a lot more prophetic.”

Unfortunately, this is precisely why the powers-that-be have a greater vested interest than ever in keeping the truth suppressed. Trials aside, widespread awareness that our establishment pressured Americans to take a dangerous MTA using lies and coercion would end a multitude of leaders’ careers. It could even spark a political revolution. And if the choice is the death of either more Americans or of their power, our pseudo-elites don’t even have to think twice.

Selwyn Duke (@SelwynDuke) has written for The New American for more than a decade. He has also written for The Hill, Observer, The American Conservative, WorldNetDaily, American Thinker, and many other print and online publications. In addition, he has contributed to college textbooks published by Gale-Cengage Learning, has appeared on television, and is a frequent guest on radio.